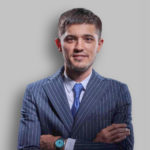 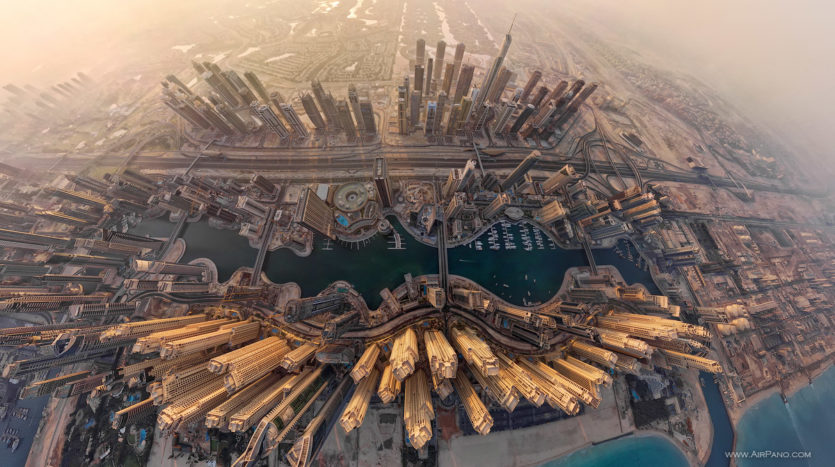 The sharp decline in prices on the real estate market in Dubai over the last year makes potential buyers think about the expediency of investing in the purchase of housing in the emirate in the near future; The general situation, as well as the forecasts of international experts, show that such a decision can be quite justified.

During the last year, the real estate market in Dubai has demonstrated the strongest price decline in the world. Thus, in the report “Housing Price Index” for the first quarter of 2015, published by Knight Frank, Dubai was ranked 53 out of 56 possible, taking a position in front of China, Cyprus and Ukraine. In general, by August 2015, the cost of housing in Dubai on average fell by 12.2%. And only in the second quarter of this year, the cost of housing in the emirate decreased by 2.8%. Negative dynamics was typical for all market segments. Rental prices are also declining – in the second quarter of 2015, they dropped by about 2.5%.

Reasons for the decline in prices

So what led to such a significant decline in prices – and what are the forecasts of experts on the development of the situation? Firstly, fluctuations are traditionally characteristic of the Dubai property market: for example, the skyrocketing prices of 2012-2014 allowed to compensate for the strong losses of 2008, when the city almost went bankrupt. And now, after the rise in the cost of housing, it falls again. Analysts call this situation “an absolutely healthy adjustment of inflation,” which has nothing to do with the concept of a crisis in the housing market. They note that the prices of the emirate were in many ways overpriced and heterogeneous – and the current process is completely natural.

The global economic situation, of course, affected the decline in prices: a fall in world currencies against the dollar, a fall in oil prices, which affected the purchasing power of investors. Restrictions on mortgages and double the tax on housing transactions imposed by the government of the emirate and aimed at limiting speculation also had a negative impact on sales.

The most significant decline in prices occurred in the segment of villas and exclusive houses due to an oversupply from many new projects launched in the last three years. Some experts point out that by the end of the year, prices for villas may drop another 5% -7%. And in order for developers to profit from selling their facilities, including at the construction stage, they should offer buyers the most adequate price-quality ratio.

Naturally, the cost of housing in new projects has decreased, the infrastructure of which in one way or another did not meet the needs of investors: the territory was not green enough, the building was far from shops, schools, hospitals, etc.

The current situation leads to the fact that buyers prefer to buy housing in existing projects – or to receive such an advantageous offer that it is simply impossible to refuse. In this regard, experts say, a certain kind of “cleansing” also occurs in the ranks of developers.

In general, in the emirate, prices are now at the level of the beginning of this year, and experts note that there are no prerequisites for a further sharp fall: new projects continue to be built, Dubai is actively preparing for Expo 2020. However, this year will continue to be a time of price correction, and by the end of 2015 we can expect their further decline if all current conditions remain. Some experts believe that the correction may be up to 10%. So, experts of the consulting companies JLL and Standard & Poors are inclined to this opinion.

And in a study conducted by the London School of Economics among 200 reputable respondents, investors occupying key leadership positions of large corporations, LSE graduates and MBA masters, only 3% of them expect a decline of more than 20%.

“About half of the respondents report that there is an oversupply in the Dubai market in relation to the demand for new facilities. And this leads to lower prices. Thus, restrictions on new construction can be a way to prevent such risks, ”the study says.

Representatives of the British consulting company Cluttons believe that in the second half of 2015, prices for Dubai villas may drop by another 5% -7%. As for the rental price, it can also be 1.5% lower.

But there are no global prerequisites for a “long-term” price drop in Dubai at the moment – the majority of market specialists agree on this opinion.

The decline is seen in all segments of the Dubai property market. International real estate agencies say that the largest decline in prices (around 20%) was observed in the districts of Barari, Dubai Marina, Downtown Dubai and Arabian Ranches. Prices in the projects of Emirates Living (The Springs, The Lakes, The Meadows) and Jumeirah Lake Towers for the year decreased by 10% -15%. The largest decline was noted in Downtown Dubai – including because here the cost of residential properties was the most high. Experts note that the most “realistic” correction was characteristic of prices in the projects of Jumeirah Village Circle, Jumeirah Village Triangle, Dubailand and Business Bay.

The cost of renting apartments in 2015, on average, fell by 2%, and villas by 3% -5%, with the most pronounced decline in prices in the premium segment, as well as in areas with more dense development of new projects, experts say. A study by consulting company CBRE notes that “Premium areas such as Dubai Marina, JBR, Palm Jumeirah, Greens and JLT suffered the most from rent prices, where it ranged from 1% to 4%. And, on the contrary, in the “budget” districts of Al Nahda, Hor Al Anz and Discovery Gardens the prices did not change predominantly, confirming the trend towards affordable housing.

In the second quarter of 2015, the strongest quarterly decline in rental prices in Dubai was recorded in the Sheikh Zayed Road (7%), Palm Jumeirah (6%) and Jumeirah Beach Residences (7%) areas.

On the contrary, in IMPZ, Dubai Sports City and Dubai Silicon Oasis rental prices increased by 6% -13% due to the developed infrastructure of projects and a noticeably increasing level of employment of space.

Despite the decline in the cost of rental housing in Dubai, the current situation suggests that buying property in the emirate is more profitable than renting. But buyers need to keep in mind the restrictions in the sphere of mortgage lending by the Central Bank of the UAE (25% down payment), as well as twice the tax rate on housing transactions (4% of the property value).

In its latest report, the International Monetary Fund notes that the ratio of the purchase price to the rental price in Dubai has declined since mid-2014, demonstrating a healthy adjustment in the emirate’s overvalued housing market. Thus, the purchase today is more profitable than renting a similar object in Dubai. And the American company Trulia presents coefficients demonstrating the profitability of the ratio of the price of real estate to its lease. So, a ratio from 1 to 15 means that buying a property is much more profitable than renting it. And many of the key projects in Dubai show just such an indicator.

The objects most profitable for investment

Market experts report that today small objects of the middle class are the most liquid, the average cost per square meter is about $ 4,500, depending on the area, location and “status” of the project.

These can be one or two bedroom apartments and studios with good views in popular areas, as well as relatively small shopping areas. And the most “attractive” areas for investment are traditionally Dubai Marina, Business Bay, Jumeirah Village, Sport city.

Property buyers in Dubai are divided into two main categories: investors and “end users”, who acquire housing for themselves. For the second, the most characteristic is the wait-and-see attitude – this group of investors is waiting for even greater price cuts. Experts point out that the time of market adjustment is the most favorable moment for a purchase. There are motivated sellers on the market who are ready to bargain and there are motivated developers who want to sell their objects with the least losses. Therefore, experts recommend not to postpone the decision to purchase, because, perhaps, the best object you like the best price than now, will no longer be.

1. Do not delay for a long time the decision to purchase. Today, the situation on the Dubai market is as attractive as possible for investment in housing and business space.

2. You need to contact only experienced, well-established real estate agencies in the market that have a license or a broker card.

3. When buying a project under construction, be sure to check the developer’s license to sell real estate, have a trust account for the project, and carefully review its portfolio, compare start and end dates for construction of key facilities.

4. When purchasing Dubai housing for subsequent rental, contact the specialists involved in the management of real estate. They will help to relieve an extra headache when managing the facility remotely, to take care of the delivery and maintenance of the facility – as well as to draw up a contract in accordance with Dubai law.

5. Invest wisely, considering all the details of the market. 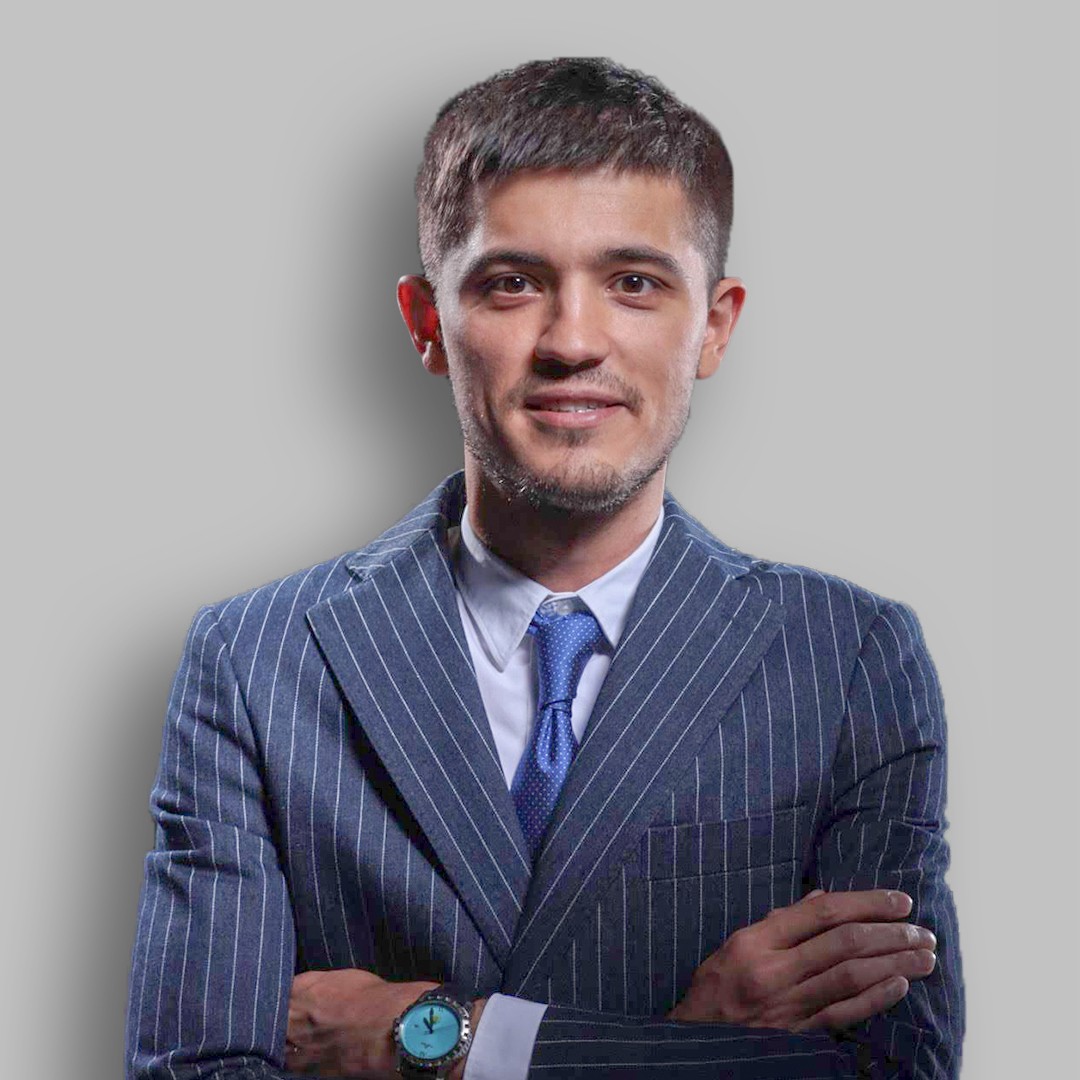